Happy to report that my time at MakerPlace was successful.  After running some router bit calibration patterns, really didn’t have too many problems cutting out the Test Cabinet.

Changes I would make if i have to rebuild this at some point include:

Some videos of the action:

Initial Assembly of one side:

Since that weekend, I’ve actually made further progress.  I cut some holes (with a drill, like a pleb) for the flippers, gotten a table to setup the work in progress, and how to attach the 2 sides to the bridge so things don’t shift around.

Got the completed assembly for both sides 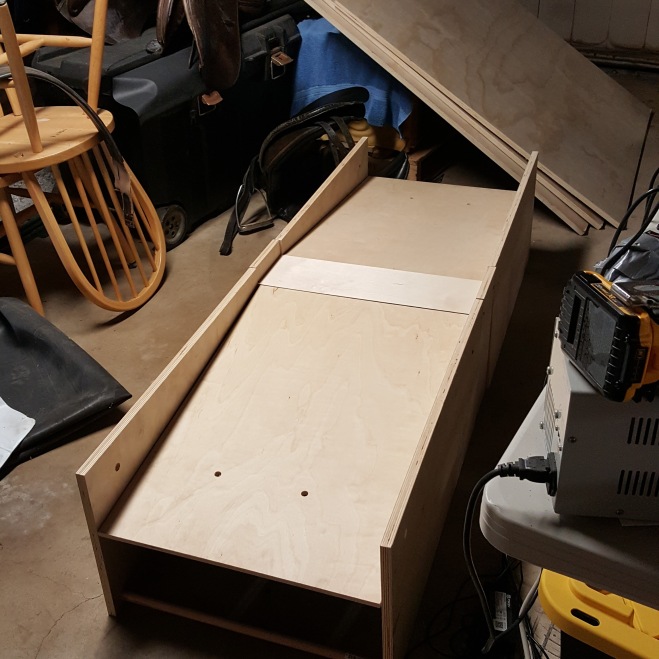 And now have flippers working on one side!   Just need to replicate for the other side.. and then onto actually making stuff for the playfields and ‘bridge’ area!