I kicked off the pinball build about 3 weeks ago.  I am trying to get to the point of 4 flippers flipping on two playfields as the first major milestone.  There’s a few things to get there:

Over the last couple weeks have bought all the parts and gotten some initial testing done.  This weekend was getting the power and power distribution sorted, which I am nearly happy with. 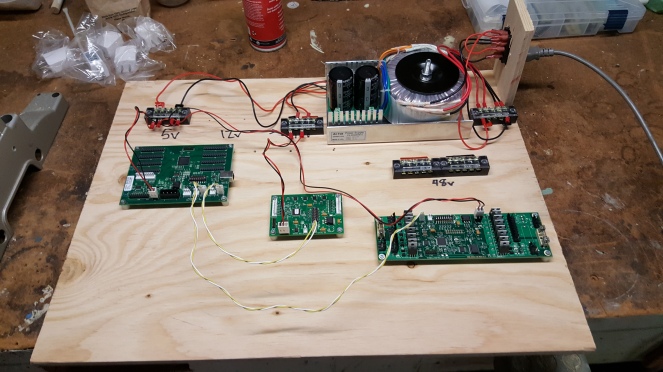 There is a lot of room there left where additional boards, wiring and the computer will end up.  But, there’s enough there right now to get flippers going.  And no smoke was let out!